Pearls Have been a symbol of elegance and finesse. Combined with gold and diamonds, you have a piece of jewelry that will outlast time itself. The combination of the pearl’s whiteness and the diamond makes it as classic as designs can get.  Noblag offers you different designs of Akoya pearl jewelry gifts that can be combined into a brilliant matching set.

Purity, Classic, beauty, timeliness are the exact traits of pearls. Akoya pearl is so flexible. Among other traits, Akoya pearl necklaces can be single or multi-layered strands, while earrings can be solo, two-drops, or accented with gold or diamonds. Those are the characteristics that make the Akoya pearl jewelry gifts a better choice.

You can wear different styles for your pearl jewelry. If you like the dancing movement when you walk,  you can go with the solo pearl drop earrings crafted in18-carat rose gold. 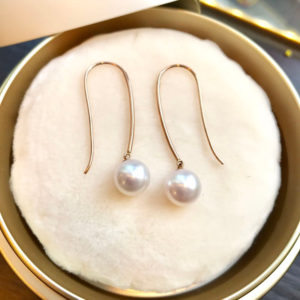 If  you prefer natural that goes with everything, you can opt for this pair of Akoya pearl stud earrings that appear to be handcrafted but won’t break your budget. Again, there can be no better choice than  Akoya pearl jewelry gifts. 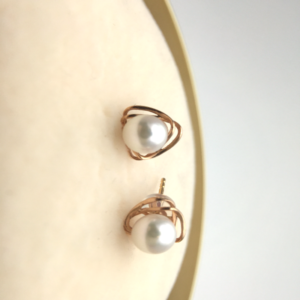 you can decide to go with this affordable elegant necklace to make  the Akoya pearl jewelry gifts look like you spent so much more. The subtle style of this necklace allows this solitaire pearl to really shine. 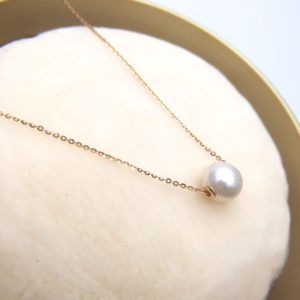 to complete the set, and the classic elegance of a simple round-cut Akoya pearl ring blended with the 18-carat gold diamond that will glitter like shimmering stars. 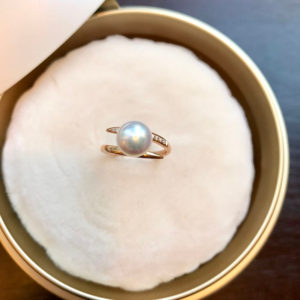 Each of these Akoya pearls pieces can be worn on its own or as an entire Akoya pearl jewelry gifts set. Either way, the resulting effects are jaw-dropping.

The Akoya oyster is the smallest pearl-producing oyster in the world, making its pearls perfect for jewelry. The value of each Akoya pearl is determined based on its color, size, and shape. Akoya Pearls are famous for their shine and shape. These qualities make them the classic pieces of Akoya pearl jewelry gifts set every woman should have.

16Tahitian pearl jewelry is the most unique and beautiful pearl. It offers the mystique of the South Pacific with stunning gray and black color. Tahitian pearls are some of the most gorgeous in the world with a lot of unique characteristics. 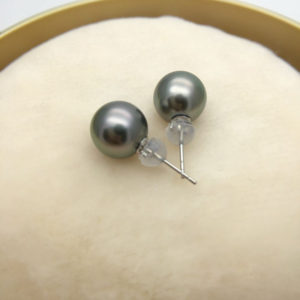 Tahitian pearls come in a wide variety of colors and shades, including black, grey, green, and purple. They’re well-known around the world for their iridescent, vibrant and almost metallic colors. Tahitian pearl jewelry is the most sought-after, and most expensive pearls in the world. 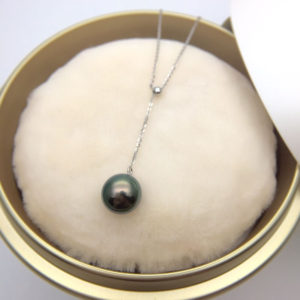 The most valuable black pearls have what is known as a peacock green overtone, meaning it has deep rainbow hues from fuschia to emerald green and purple.

Tahitian pearls have the unique ability to display a variety of colors at the same time, shimmering on their surfaces on varying shades and colors Tahitian pearls were once the rarest, most valuable cultured pearls in the world, and they are currently still much more valuable than Freshwater and Akoya pearls.

Tahitian pearls generally range in size as small as 8 mm to as large as 16 mm with the average pearl measuring 13 millimeters. 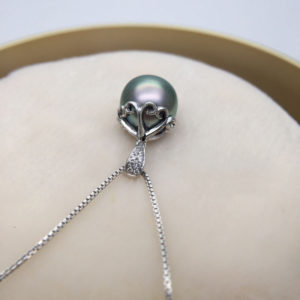 10 mm to 12 mm are generally the more popular sizes selected for necklaces Anything above 13 mm is considered to be larger, rarer, and more valuable, especially in the higher qualities. Tahitian pearl necklaces often graduate in size.